We had this big space at Spencer Brownstone’s gallery. What we wanted to make was a collapsing space, where you’d walk in and the room would lower onto you. We had two big fans that alternated between sucking air out of the of of the exibithion space or blowing and forzing air into it. We had made a gigantic plastic bag. You could walk into the huge bag through this oval opening and enter the big exibithion space. When the suckcycle was on, the whole space was vacuumpacked from the inside. After a while the fans switched of and it turned silent. Then, when the ceiling would almost touch your head the fans kick in again and squeeze the bag from the outside pushing air out of the bag causeing the entrance to thighten together like a huge sphincter. The ceiling was now dropping down quickly and trapped one inside for a moment. It wasn’t dangerous or anything – it only went down to a height that made it so you had to sit or lie on the floor the fans would reverse. The process of sucking and blowing took place every 15 minutes. 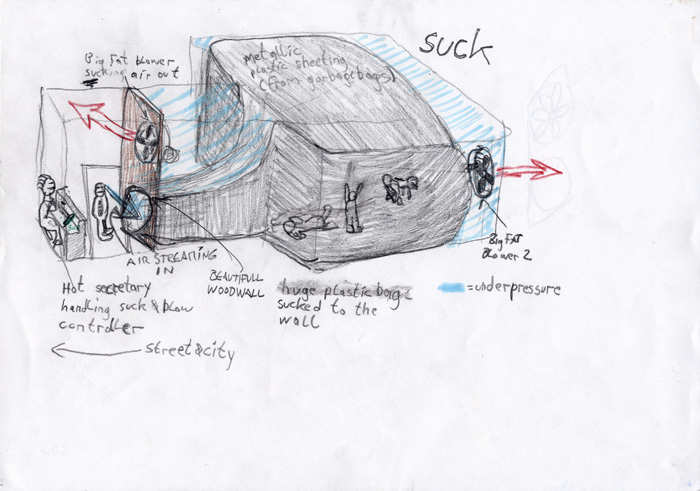 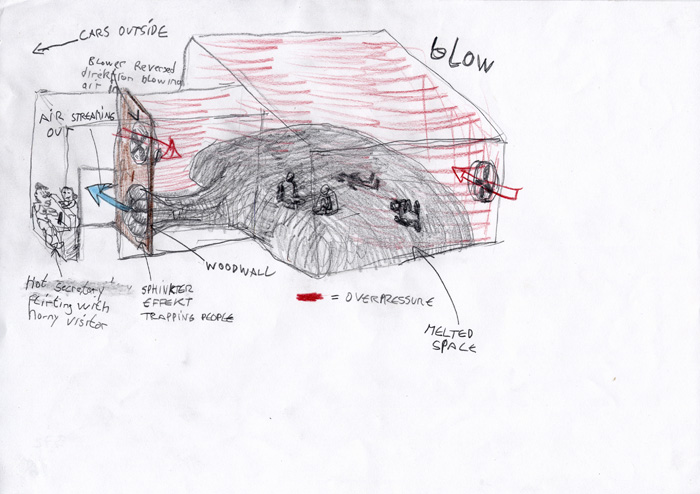 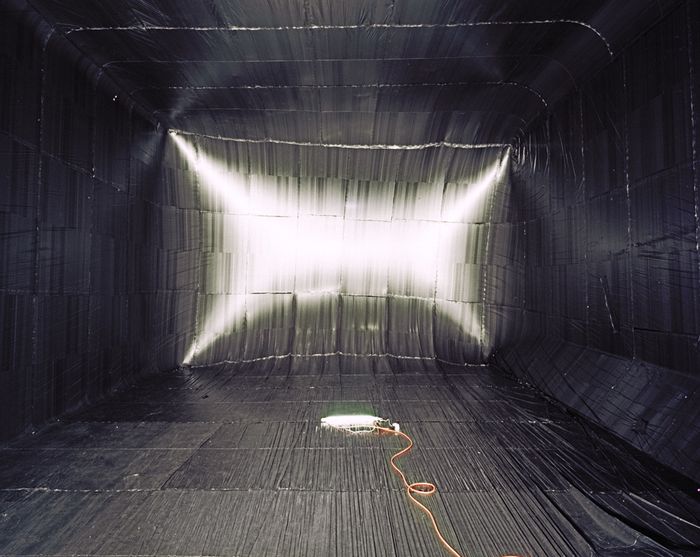 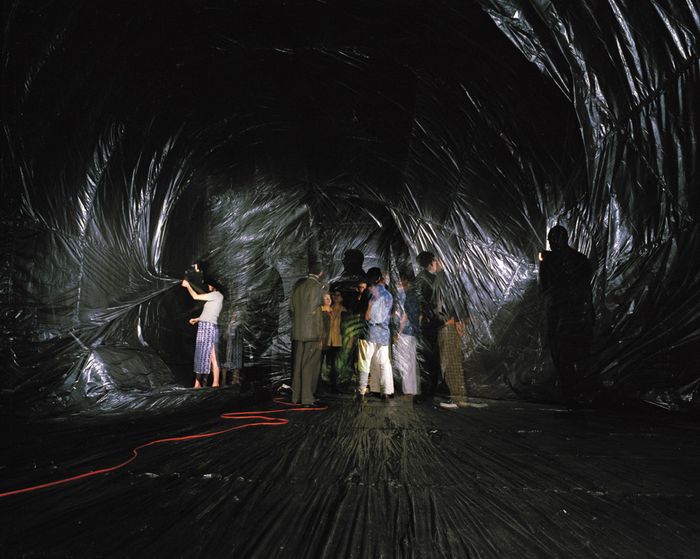