A garden fell towards us like the sound of "klunk"

A fake satori, that came after many visits to ryoanji garden in kyoto.

A misunderstanding whereupon something could grow.

Paintings, Bonsaisculptures , Lamp and Lantern where arranged in the smaller gallery . The usual entrance to the main gallery was closed with a wall and replaced by a small, duck down entrance which could be reached via a stair and bridge. the visitor entered trough onto the viewing platform.

Becoming a rock brought the garden to fruition. When one rock became tired, she or he retreated underground to contact another rock. The two rocks would change position then.

After watching the garden for a long time, one could see rocks disappearing and being replaced by slightly different rocks and rocks of slightly different gender. The rocks could feel the glances of the audience, depending on which part of it was exposed to the visitors sight. 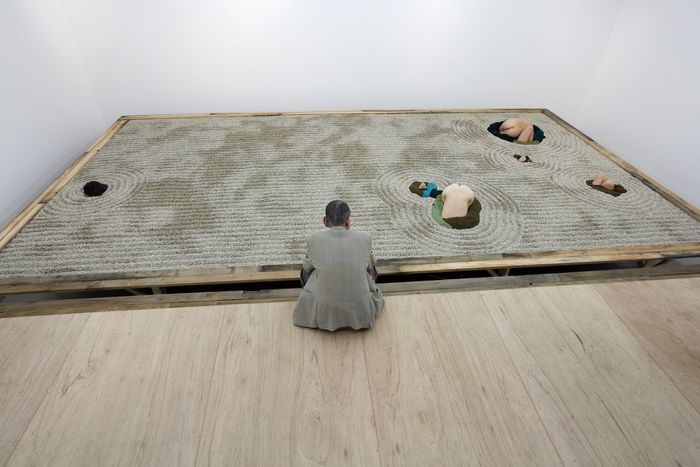 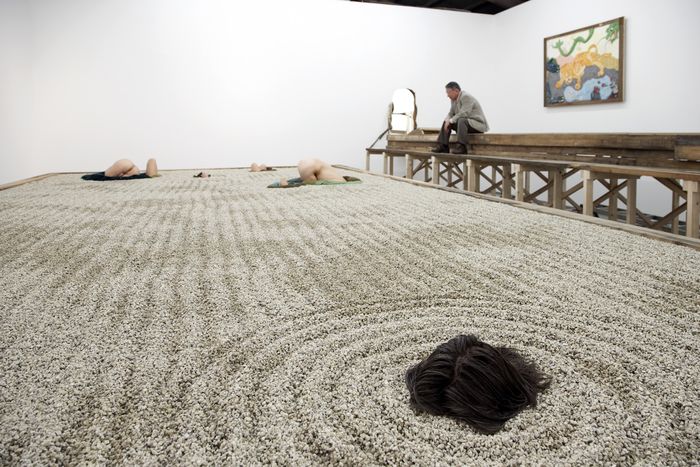 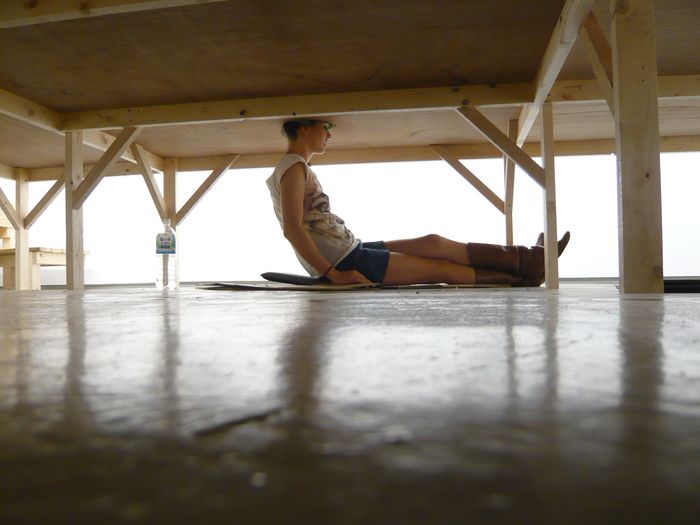 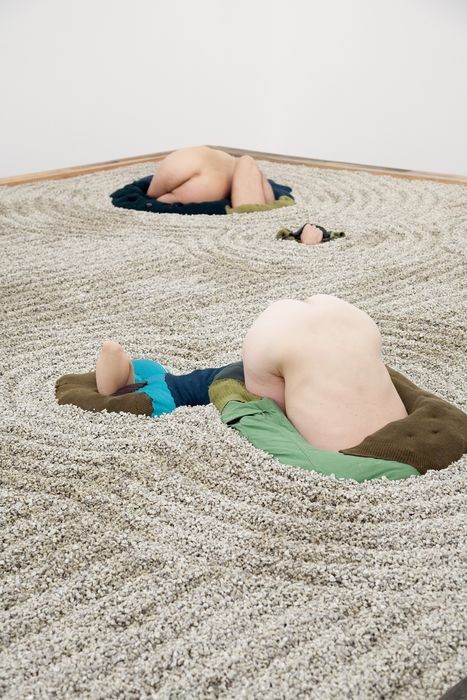 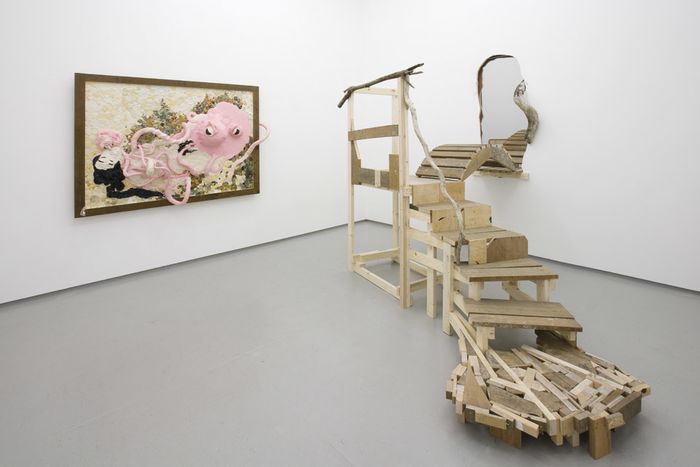 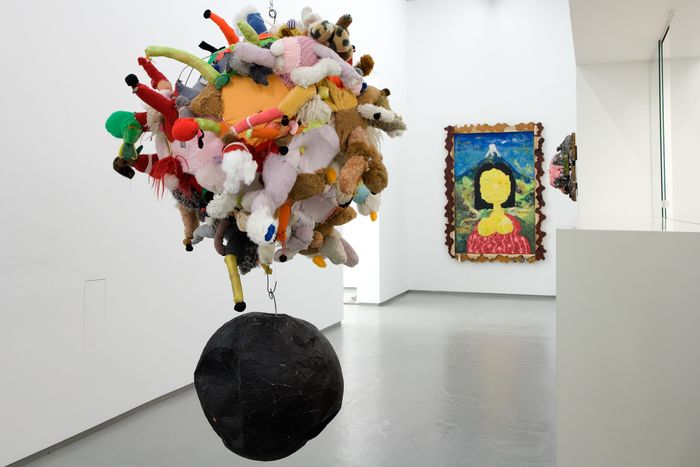