"And then the surgical intervention in the World Trade Center in New York City. Everything top secret and illegal of course. In days of conspiratorial work, somewhere on the 148th floor and using building site refuse they had tediously smuggled into the building under their pullovers, they constructed a functioning load-bearing balcony. In a long complicated process they scratched putty from the tall heavy window, which couldn't be opened. Then they extracted it using suction pads, shunted the balcony out, posed on it at 6 in the morning and had themselves photographed there from a helicopter for their nearest and dearest back home. They kept very mum about it all, because if word had crept out about their coup they could have been fined very heavily for sabotaging a national treasure. Even if it was built by the Japanese. Incidentally, as proof that they were there, there is now a piece of old chewing gum stuck to the outside of the building at a dizzy height." (Tex Rubinowitz) 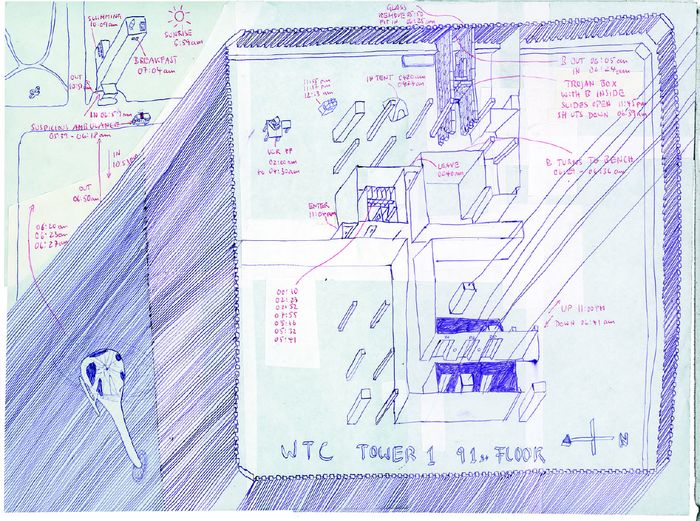 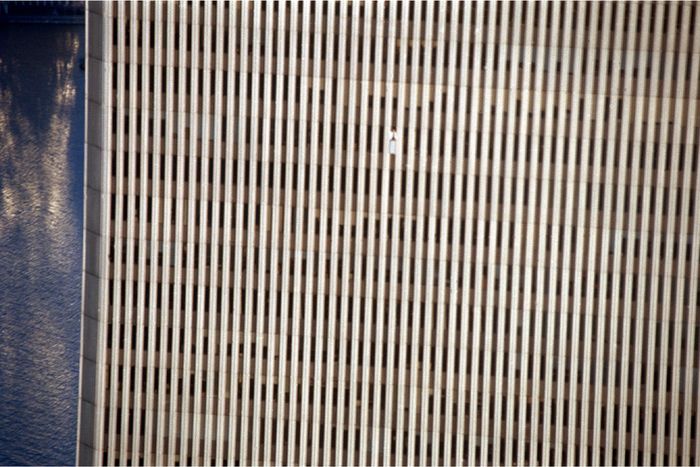 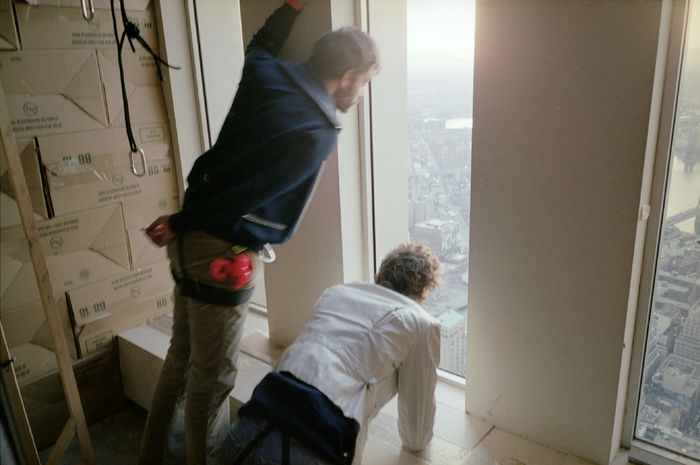