Rehabilitated sculptures where unveiled the opening event of Contemporary Collecting 2002-2012. Lasting  about two hours,  accompanied by life piano music, the audience, enjoying themselves with conversation and sparkling liquids, first watching and then touching the sculptures .

The sculptures where put on top of classical white plinth that where reluctantly pushed towards one corner of the exibition space.

After a while it dawned upon the audience: The resin and wax was transformed into skin and bone, the on top became a trough and soon hands where caressed and an ass kissed. 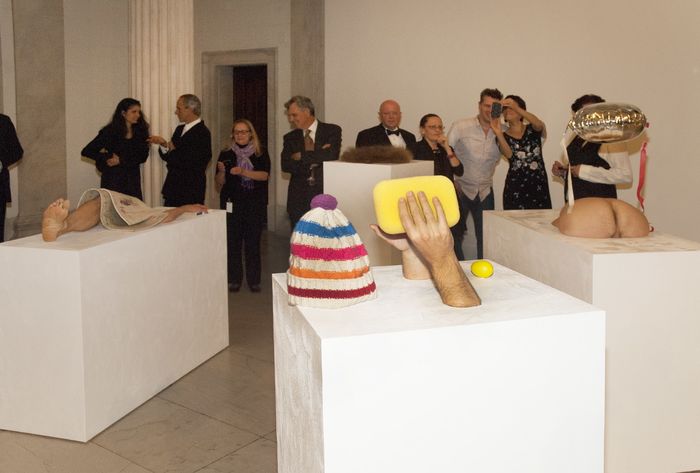 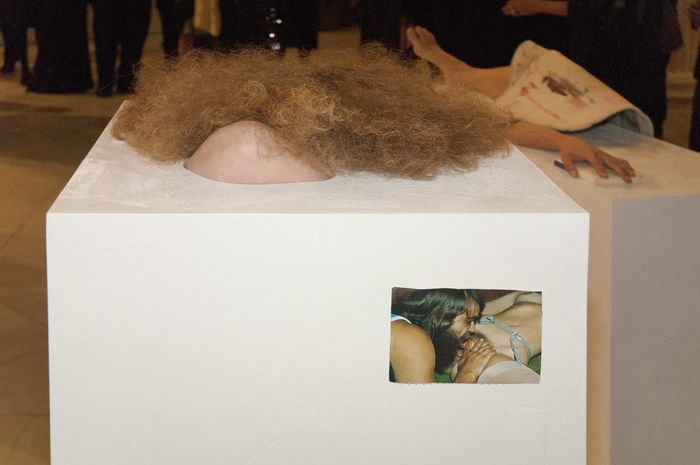 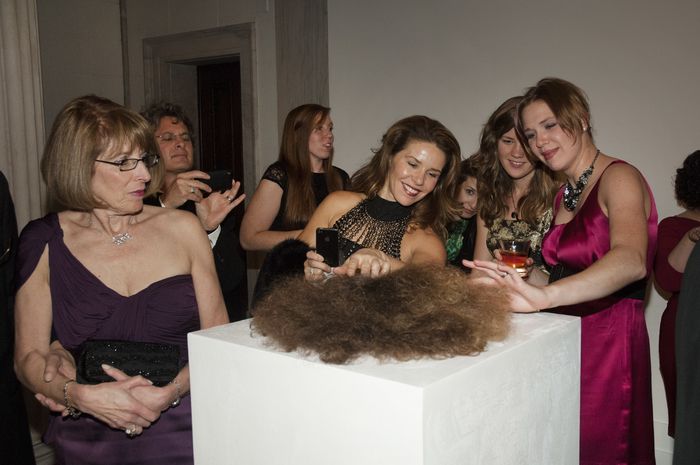 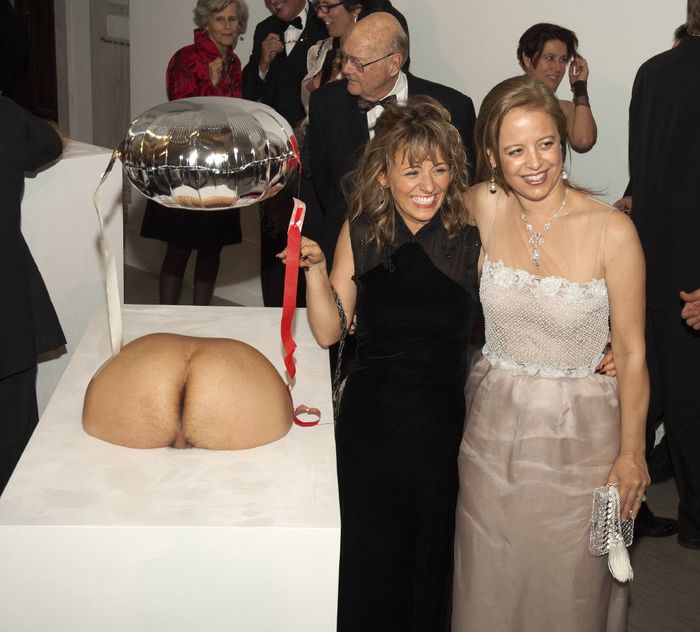 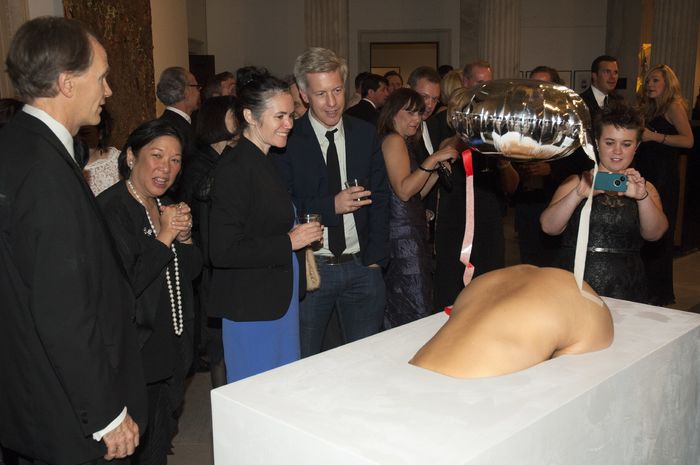 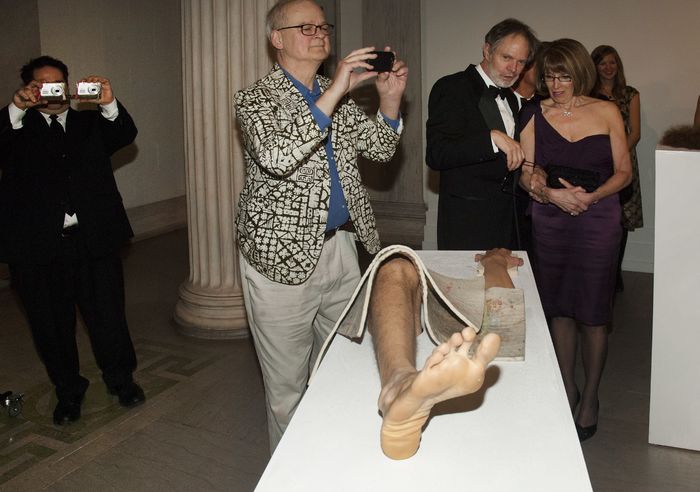 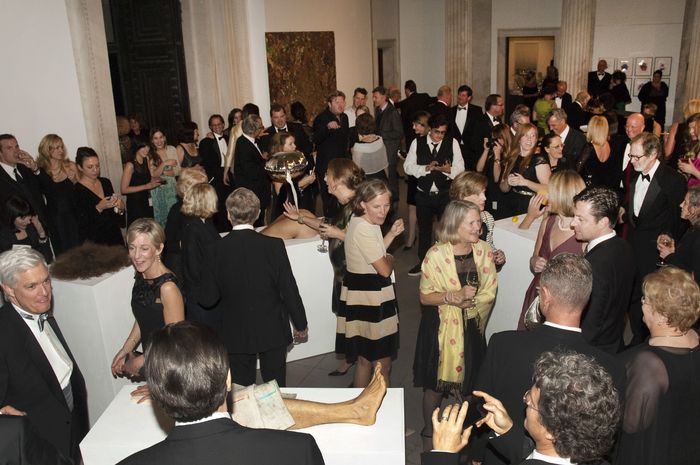 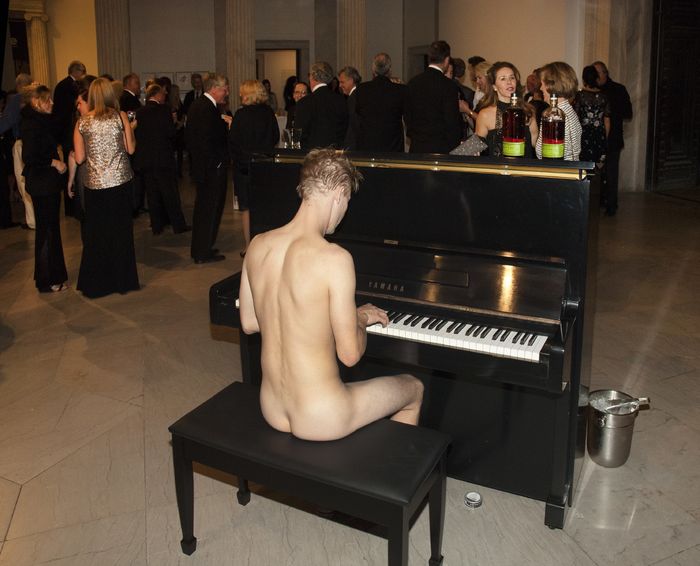