The Wachauer Nase resides by the Danube at the ferry stop in Sankt Lorenz opposite Weißenkirchen / Wachau.
Google Maps Link to location: http://goo.gl/maps/iM4VB

It looks as if a giant was buried underground with only his nose poking out. The nostrils are big enough for people to enter. It is the most beautiful nose in the whole of Wachau, and all winegrowers wish it was theirs.
When the Danube floods, the nostrils fill up with mud, and its breath smells of damp soil. Small flies buzz around it, and over the years tufts of grass grow from its pores like nose hair.
The nose likes to be looked at and photographed, and it likes for people to lean on it and to have a picnic in its shade. It is happy where it is, breathing the Danube, apricots and wine. It is a true landmark of the Wachau.

For the construction of the gigantic nose precedents and models were sought and found. All Wachauan noses were cordially invited to Rossatz castle, where they were observed, admired, photographed, measured, cast and celebrated [ 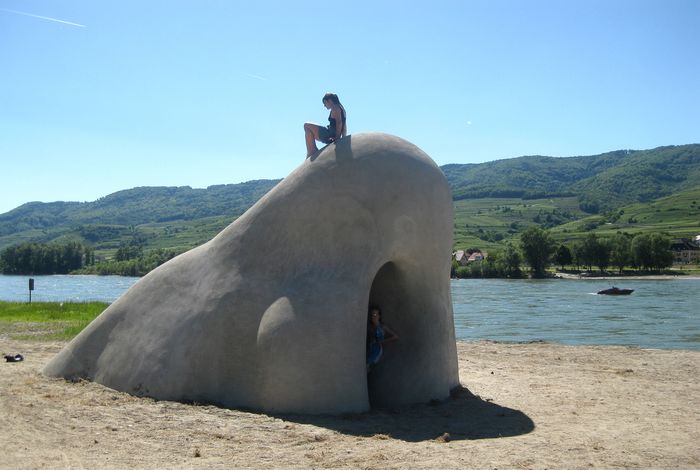 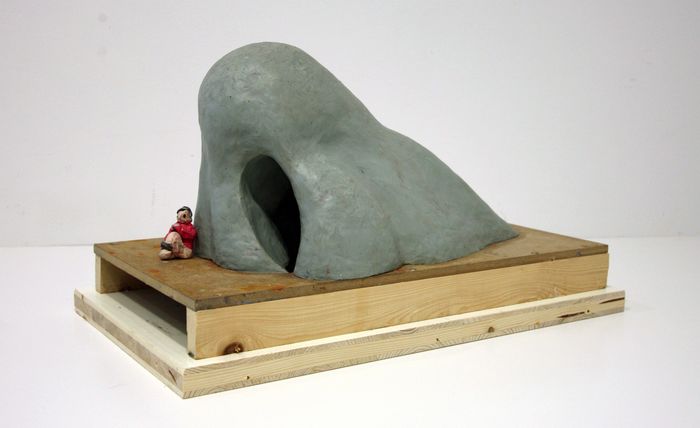 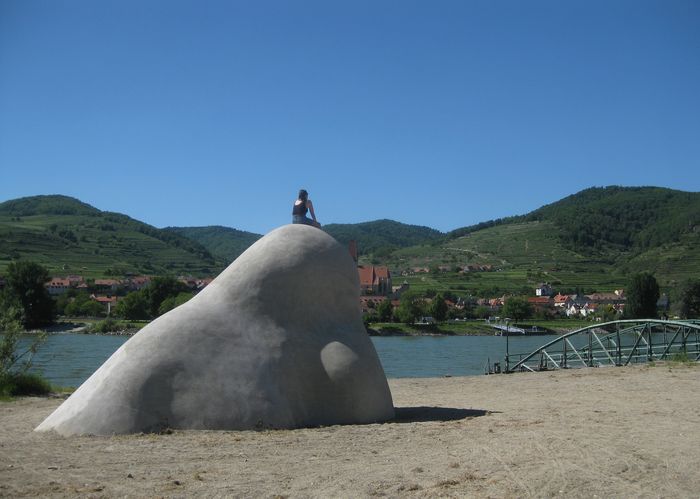 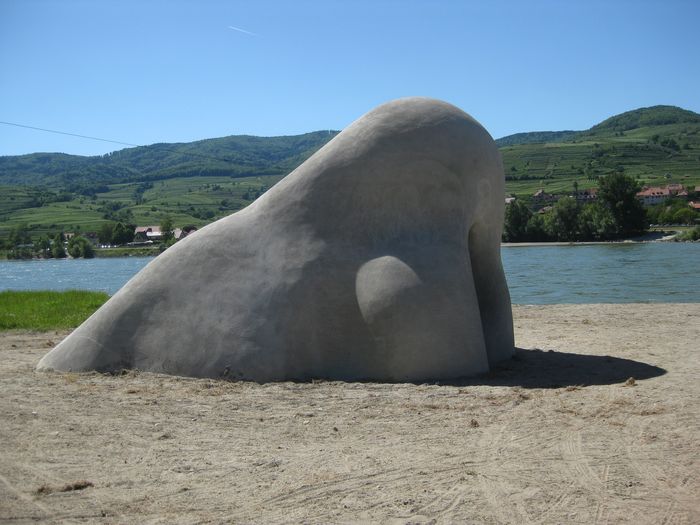 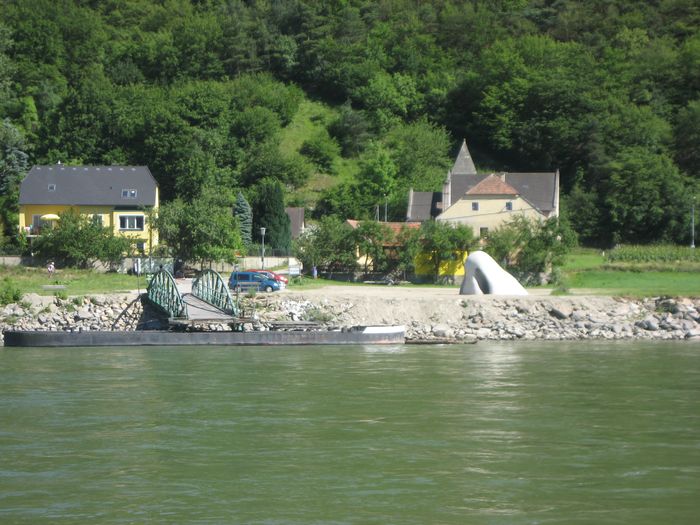