Gelitin got invited to Puerto Rico by Ramiken Crucible.
It's the third time they were gathering artists in Puerto Rico to do a show in a cave in the forest.
The cave is amazing and full of bats and huge scorpion spiders and toads...
We had hundreds of helium filled balloons lit from inside floating in the main cave hall.
Light attracts insects, and bats love insects...
While filling the cave with our voices, the baloons , moving about like jellyfish are slowly changing from steady to blinking lights

together with Schuyler Maehl. 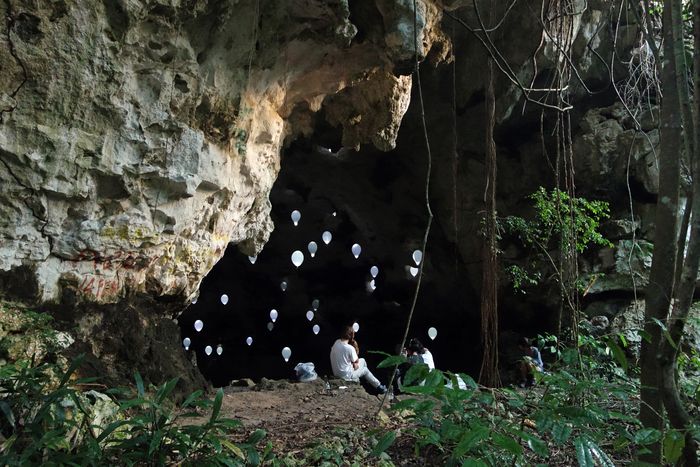 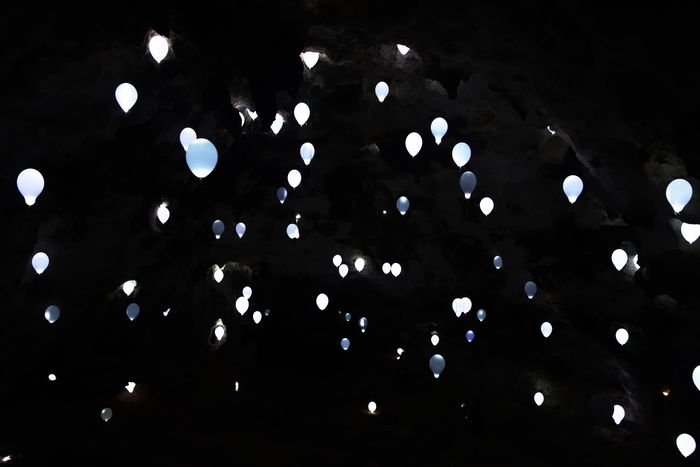 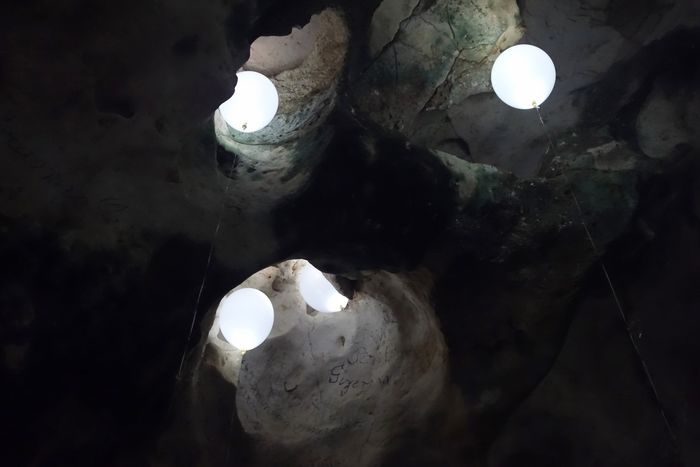